“The life expectancy of children born today will be shortened by 20 months on average by breathing the toxic air that is widespread across the globe, with the greatest toll in south Asia, according to a major study.   Air pollution contributed to nearly one in every 10 deaths in 2017, making it a bigger killer than malaria and road accidents and comparable to smoking, according to the State of Global Air (SOGA) 2019 study published on Wednesday.”  The Guardian 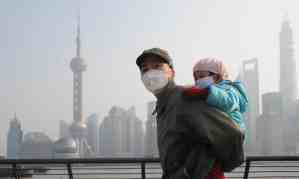