“Particulate matter pollution monitored over 15 different locations across the Capital for more than three months in a row this winter on a sample size of 343 revealed that 80% of the sample population had unhealthy or below the normal lung functioning. 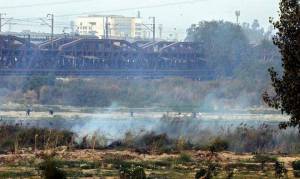