Will odd-even in Gurgaon work?: The Times of India

“According to data released by the Central Pollution Control Board on Sunday, Gurgaon was ranked the most polluted city. Keeping Diwali in mind, which might make the air quality even worse, the Gurgaon administration has proposed to keep the odd-even scheme as an option to reduce air pollution in the city. While the administration is yet to take a decision on the implementation of the scheme, the residents of the Millennium City already stand divided on the issue. While some are open to the idea, others feel that this might only be a temporary s 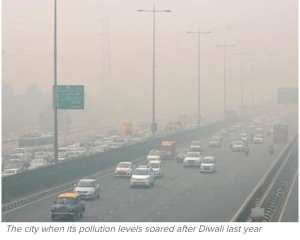 olution.”
The Times of India

Read it on delhiair.org:
Will odd-even in Gurgaon work?