After Crop Burning in Punjab, Delhi Faces New Pollution from UP, Haryana: NDTV 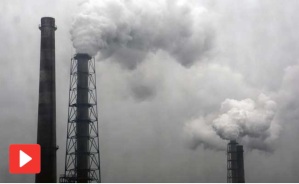 “Come April and all four-wheelers in the country will have to meet Bharat Stage 4 pollution norms. But from across the city’s borders, from Haryana and Uttar Pradesh, a new pollution is drifting in – huge quantities of Sulphur-Dioxide, released by the systematic burning of pet coke by industries. Experts say it will be 300 times more polluting than a car that meets the new Bharat norms. Plus, pet coke releases a lot of heavy metals into the atmosphere.” NDTV

Read it on Delhiair.org:
After Crop Burning in Punjab, Delhi Faces New Pollution from UP, Haryana