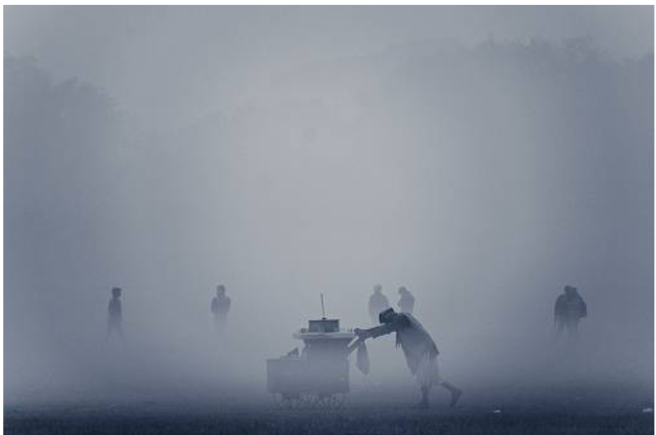 “With Air pollution in India has reaching a new high the average life expectancy in India has been cut by 23 months, according to International Energy Agency (IEA).

Air pollution in India is closely linked to the energy sector. In Delhi pollution levels reached 30 times the World Health Organization’s recommend levels on October 30, the Paris based agency said.

The IEA in its report “Energy and Air Pollution” said that that air pollution remains closely linked to the energy sector as a vast majority of pollutants including particulate matter, sulfur oxides, nitrogen oxides come from the inefficient burning of fuels.

India’s capital, home to more than 16 million inhabitants, has a concentration of breathable particulate matter more than ten times in excess of the WHO air quality guideline value, earning Delhi the title of the world’s most polluted city.

There is a real risk that India’s economic growth may worsen India’s dismal air quality. This is particularly true given India’s reliance on coal – which currently makes up 44% of total energy demand – along with biomass (24%) and oil (23%).

IEA in its reports said that the government and energy sector can take actions which include: setting an ambitious long-term air quality goal; putting in place a clean air strategy for the energy sector that avoids pollutant emissions; and ensuring effective monitoring, enforcement, evaluation and communication.

The Delhi government has roped in measures such as converting public transport from diesel to compressed natural gas, changing some coal-fired plants to natural gas, prohibiting open burning of waste.

Although these measures have been effective in relation to particular sources of pollution, they have quickly been offset by a growing population, the IEA release added.

The Paris Agreement and momentum the behind the low-carbon energy transition is providing extra motivation for a switch away from traditional, polluting energy production across the world. However for a city like Delhi, which cannot afford to have many more days of peak emissions, the real motivation is the health of its citizens. ET Energy World.com. Read it on delhiair.org.

Life expectancy in India cut by two years due to air pollution: IEA