Now, air pollution linked to strokes: The Times of India 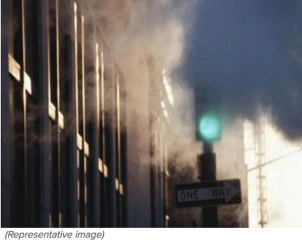 “Air pollution has been identified for the first time as a major contributor for stroke leading to death and disability, mainly in developing and middle-income countries like India. A new study, published in Lancet Neurology, shows air pollution is the third largest cause for stroke accounting for almost 30% of the global stroke burden.

“Behavioral factors, such as smoking, poor diet and lack of physical activity , are the leading cause contributing to 74.2% of stroke, followed by metabolic disorders like cholesterol, high blood pressure and obesity .  Experts say behavioral factors and metabolic disorders have been linked in the past as well. However, the study assumes significance because of its findings pointing at air pollution as a leading indicator for stroke. In India, more than 1.2 million people were estimated to suffer strokes every year, making it the leading cause of death and disability in rural India.” The Times of India. Read it on delhiair.org.