How NASA is Using Space-Age Technology to Stop Air Pollution: The Huffington Post 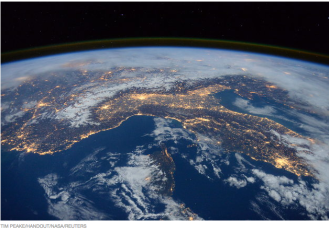 “NASA is celebrated for space probes and Mars missions. But one of the agency’s next big projects could also make a major contribution to public health.  The U.S. space agency, along with agencies in Europe and South Korea, is making plans to launch a fleet of air pollution sensors into space. The sensors, which are being built by NASA, the European Space Agency and the South Korean government, are meant to monitor and track pollutants from orbit. Scientists hope NASA’s contribution to the project, called TEMPO, will provide a more accurate picture of how dangerous particles crisscross the Earth.

“Air pollution is really a global pollution,” Barry Lefer, a NASA scientist and project manager for TEMPO, told The Huffington Post. “Pollution from the U.S. travels to Europe, pollution from Asia travels to the U.S. And satellites are the best way to see the long-range transportation of pollution.”

The final product, which scientists say will be a “constellation” of pollution-tracking satellites, is still years away. But NASA plans to kick off the first phase of the project in May, when it will begin collecting air pollution data from the Korean peninsula in order to fine-tune its satellite-based pollution monitors.

NASA has been collecting pollution data for decades, but its old instruments are becoming outdated. They’re also not always accurate, in part because they don’t directly measure pollutants. Instead, they look at light bouncing off particles in the atmosphere. Each type of particle reflects light differently, producing a series of “spectral fingerprints” that scientists can use to tell one substance from another.

While distinguishing between different pollutants is difficult, experts say the real challenge is producing high-resolution data that  would let scientists determine exactly where air pollution is coming from. NASA’s new satellites can collect pollution data at the county level, promising a more detailed picture of pollution sources than previous satellite data could provide….” The Huffington Post. Read it on delhiair.org.

How NASA is Using Space-Age Technology to Stop Air Pollution