Which country has worse air, China or India? The Washington Post 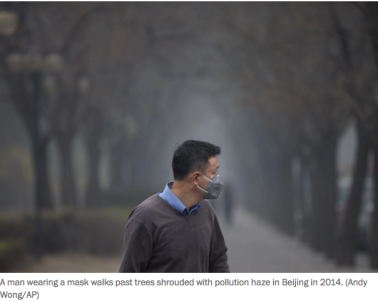 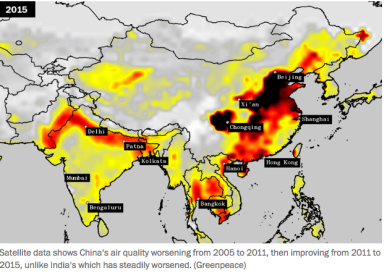 “It’s a never-ending debate in Asia — whose air quality is worse, China’s or India’s? A new study by Greenpeace released Monday is trying to answer that question.

“Analysts looked at NASA satellite images and found that measurements of particulate matter — the microscopic particles that invade your lungs and can cause cancer and heart disease – improved impressively in China over the past few years while air quality in India has worsened, with 2015 India’s most polluted year on record.

“The satellite images showed that the levels of PM2.5 particles decreased by 17 percent in China from 2010 to 2015 and 15 percent in the United States while rising 13 percent in India, the study found.

“For the first time, Greenpeace found, the average Indian citizen was exposed to more particulate matter than the average Chinese.” The Washington Post. Read it on delhiair.org.

Which country has worse air, China or India?