Lessons from Mexico for Delhi’s Odd-Even Version-2.0: The Quint 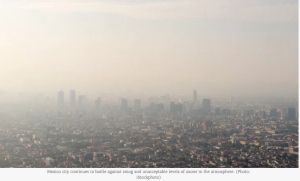 Read Quint’s interview with Exequiel Ezcurra, “the former head of Mexico City’s National Institute of Ecology, an environmentalist with 30 years of experience, who recounts the various pitfalls of Mexico’s 1992 program to limit vehicle traffic to curb air pollution before they finally got it right.”

“In 1992, the United Nations declared it as the most polluted city on the planet. Three years prior to that Mexico came up with a plan to curb air pollution. Hoy No Circula (This One Does Not Circulate Today) came into force in Mexico in November 1989. The rules were quite simple, cars with licence plate numbers ending in 0 and 1 do not ply on Monday, those ending with 2 and 3 don’t hit the roads on Tuesday and so on.

“The ‘Hoy No Circula’ programme drove people to buy second-hand cars with a different licence plate, so the owner could have a car every day of the week. In most cases, it led people to either keep old, highly polluting cars (called “carcachas” in Mexico) or buy a new one. Air quality did not improve, and vehicular congestion worsened.

“Indeed, the problem in Mexico City is that the government does not dare to make any serious attempts to improve public transportation and to discourage the use of cars. Car manufacturing is a major driver of the economy, and the car industry lobby (AMIA) is incredibly powerful. In 1995, when the low-emission standards were adopted, the large conurbation of Mexico City had 2 million cars. Now it has 7 million. Even if they were all new vehicles with low emissions, the traffic problem is huge and the city lives in a perpetual gridlock. The main problem is that the government in Mexico has not dared to impose low-emission zones or traffic levying charges, while at the same time investing strongly on public transportation options. On the contrary, the government continued to build more and more highways trying to solve the problem, including some bizarre elevated highways called “segundospisos” (second floors) that only called for more car sales….”
The Quint. Read the full interview on delhiair.org.