Smart City or Gas Chamber? Building India Under a Layer of Smoke: The Quint 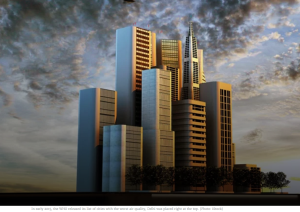 “…Indeed, the work done in other places around the world has shown us that the links between air pollution exposure and cardiovascular disease are growing stronger with each passing year, with little to no recognition of this among the public. Vulnerable populations such as children, the elderly, or those with pre-existing conditions are particularly susceptible to air pollution exposure. The issue has also been understudied in Delhi, with little epidemiological evidence of the health impacts of exposure to ambient air pollution that is usually between 5-20 times the World Health Organisation’s prescribed safety levels.

In early 2015, the WHO released its list of cities with the worst air quality, and Delhi was p 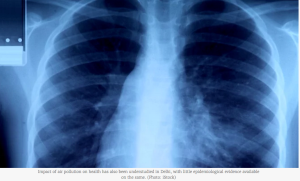 laced right on top. The dialogue that followed that declaration was primarily around semantics, with no road map developed nor actions taken to actually address the prevailing crisis. After several months of inaction, it was the filing of public interest litigation by concerned citizens and the direct intervention of the National Green Tribunal and the Judiciary (as in the case of the introduction of CNG more than a decade ago) that finally led to the state and union governments taking cognisance of the matter. This was aided, no doubt, by persistent media coverage and heightening public awareness and interest in the subject.

…The overwhelming expression of citizenship by Delhi-ites, however, has only acted as a smokescreen to the fact that addressing this issue will require the development of a comprehensive action plan based on the available scientific evidence that addresses the many sources of air pollution in Delhi, not hurriedly planned and haphazardly executed social experiments.” The Quint. Read it on delhiair.org.

Smart City or Gas Chamber? Building India Under a Layer of Smoke