Air in Indian cities fouler than in Beijing: The Hindu 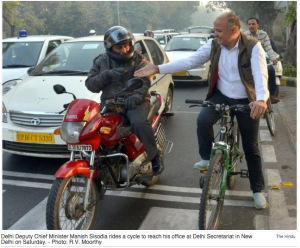 “All six north Indian cities for which data was available had worse air quality than Beijing in 2015, The Hindu’s analysis of official data shows. However the south’s comparatively better air quality levels hide some lethal truths. Launched in April 2015, India’s National Air Quality Index portal produces an Air Quality Index (AQI) value for around 15 cities based on the most prominent pollutant at that time for that city…” The Hindu. Read it on delhiair.org

Air in Indian cities fouler than in Beijing