CPCB, a look at the science behind the air quality index: DNA India 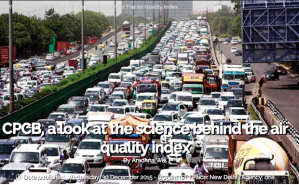 “Scattered across Delhi, like many antennae, are the monitoring stations – nine manual and three automatic. Three of these manual stations are run by the National Environmental Engineering Research Institute, financed by CPCB. These, along with Delhi Pollution Control Board, give the AQI.

At 4 pm on Tuesday, as averages based of real time readings of New Delhi’s air were rolled out in the laboratories of the Central Pollution Control Board, the city had a relatively better day. From the slew of ‘Very Poor’ days the capital saw this month, on Tuesday, at 269 air quality index (AQI), it was now only at ‘Poor’. Instead of ‘respiratory illnesses on prolonged exposure’, Delhi’s residents were only exposed to ‘breathing discomfort to most people on prolonged exposure’.

These are the daily tabulations carried out by the scientists, statisticians and the technicians of the Air Laboratory of the CPCB, who have to monitor, and maintain, air quality across India. It is much in the spotlight as air pollution has become a health emergency, a talking point for media and the public, causing governments to respond with drastic measures. This conversation, say scientists, has become possible because of the AQI, a quantifiable way of explaining air quality to those who breathe, which was launched this year by the central government…” DNA India. Read it on delhiair.org.

CPCB, a look at the science behind the air quality index