“The Arvind Kejriwal government’s decision to control vehicular pollution by allowing vehicles with odd and even numbers to ply on alternate days is laudable but a bit surprising too.  Even though it is not a new idea, it will generate a huge debate on tackling air pollution in Delhi. Road-space rationing is done in many parts of the world. In Beijing, it was done during the 2008 Olympics. Recently, it was implemented in Paris for some time. Even London has similar rules in some areas. A lot of Latin American countries have such green transport rules, too.”  The Indian Express 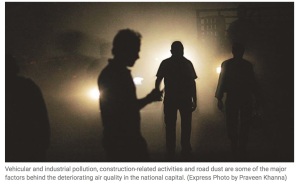