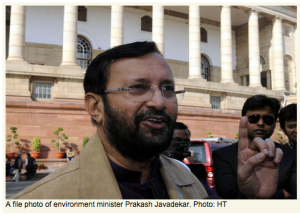 “Fresh air is birth right” and efforts were on deal with the problem of pollution, environment minister Prakash Javadekar said in Rajya Sabha during Question Hour. When members pointed towards the rising pollution graph in the national capital, he said “air pollution in Delhi is surely a cause of concern” and steps like checking vehicular pollution, mechanical sweeping of roads to deal with dust and stress on battery-operated vehicles, were being taken to address it. “Neither external help is required to monitor air quality in the country, nor is there any such proposal pending with the government,” the minister said. While more air monitoring stations would be set up across the country, cumulative air quality index would also be launched to create awareness about air pollution, he said.” Live Mint. Read it on delhiair.org.