The Obama Administration Gives India a Shove on Climate Change: The Washington Post

“He wouldn’t put it this way, but Secretary of State John Kerry announced this week that the U.S. government will turn the screws on India over the country’s environmental record. In a joint event, the State Department and the Environmental Protection Agency declared that they will install air pollution monitoring devices on more U.S. embassies around the world and release their findings. The embassy in Delhi will be among the first. This is a bold challenge to the Indian government that could become an extremely effective exercise of soft power.” The Washington Post. Read it on DelhiAir.org.

The Obama Administration Gives India a Shove on Climate Change 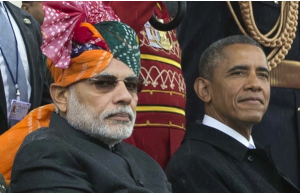